Swiss myths come crashing down at the Zurich Film Festival

The 18th Zurich Film Festival (ZFF) offers a rich palette of unconventional approaches to Swiss history: from a reassessment of national painter Albert Anker to a fascist-hunting Heidi. 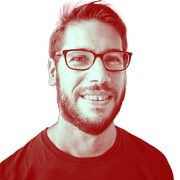 Alan Mattli writes regularly about cinema, in German and English, both on his own blog FacingTheBitterTruth.com and for various predominantly Swiss publications, such as Frame and Maximum Cinema. He is also writing his doctoral thesis in English literature.

Goats, milk and frolic in the shade of the Swiss Alps – that’s Heidi, isn’t it? Not if you go to 18th Zurich Film FestivalExternal linkwhich hosts a decidedly R-rated version of the cheerful mountain girl, recast as an anti-fascist rebel in the highly anticipated exploitation film mad heidi. But that’s just the tip of the iceberg at ZFF, which showcases an array of Swiss films that tackle deep-rooted national myths.

Switzerland is not short of such stories: 1291, the almost mythical year of the founding of the country, is a fiction born of political opportunity. Swiss neutrality is often controversially attributed to the 1515 Battle of Marignan, the most despicable military defeat of the Old Swiss Confederacy. Meanwhile, debates around Switzerland’s legacy of “colonialism without colonies” continue.

And then there is the Second World War, during which Switzerland remained neutral and emerged from it largely unscathed, partly thanks to concessions to the fascist Axis powers – such as the turning back of Jewish refugees at the border. . As filmmaker Laurent Nègre says: “The body was saved, but the soul was forever wounded by the compromises made between 1933 and 1945.”

Review of a patriotic myth

The last Negro film, the drama A forgotten man, celebrates its world premiere in Zurich. Inspired by Thomas Hürlimann’s play The Gesandte (The Envoy), the film tells the fictionalized story of Hans Frölicher, who served as Swiss Ambassador to Germany from 1938 to 1945.

Returning to Bern a few days after the end of the war, the envoy, renamed Heinrich Zwygart in the film, finds himself in a delicate position. As Switzerland accedes to the new geopolitical reality, Zwygart’s wartime appeasement strategies and his personal admiration for Hitler are suddenly no longer assets in his bid to climb the political ladder.

The film is surprisingly direct in its assessment of the navigation of Switzerland during World War II. This makes a thinly veiled mockery of the patriotic myth that the country’s military might was sufficient to deter German tanks, which strongly suggests that Switzerland would have been just as ready to embrace a Nazi victory as it ultimately was. to welcome that of the Allies.

Yet Nègre also emphasizes that the intention of A forgotten man is not “to judge the past from the comfort of a supposedly omniscient position”, but to confront this charged historical moment and probe the real dilemma at the heart of Swiss politics in the Second World War.

This uncomfortable proximity to Nazi Germany is also where mad heidi fits into the ZFF’s theme of critical negotiation of Swiss mythologies.

First announced in 2017, and now, after an impressive crowdfunding campaign, finally ready to see the light of day, the action-adventure film from directors Johannes Hartmann and Sandro Klopfstein bills itself as “the first Swissploitation film”. and comes out with his subversive guns blazing.

mad heidi – which just won an Audience Award at the Brussels International Fantastic Film Festival – redefines the icon of rural Switzerland as a fierce action heroine taking on the fascist dictatorship of a ruthless cheese tycoon.

The film, which hits Swiss screens on November 24, is certainly not a pointed political satire, but it does signal a renewed drive in Swiss popular cinema to rethink and reframe national icons and received historical wisdom – such as the heartwarming story of the defiant Alpine republic where fascism could never take root. In fact, it could even be seen as a populist update to the politically conscious historical cinema that had its heyday in the 1970s and 1980s.

There is, for example, the conversational documentary by Heinz Bütler Albert Anker – Malstunden bei Raffael (Painting lessons with Raphaël). Today, Anker, often called Switzerland’s “national painter”, is perhaps best known for his decent views of traditional Swiss village life – and for being the artistic workhorse of the right-wing figurehead Christoph Blocher, who is the greatest collector of the painter’s work. Anker has, in short, become a symbol of the reactionary dream of returning to an imaginary idyllic past.

But Bütler, whose film never mentions Blocher, seems determined to rescue Anker from the political appropriation he’s fallen prey to, wondering if it’s even fair to blame the artist for the patriarchal conservatism to which his works are typically associated.

The film, which will be released in Swiss theaters on December 15, follows interviews with people from disparate disciplines, such as art historian Nina Zimmer, director of the Museum of Fine Arts Bern, and the late musician Endo Anaconda, who react to Anker’s paintings and the memories they find in his preserved studio. In the end, he constructs a quilt-like portrait, finding not a reactionary but a curious and somewhat disillusioned citizen of the world.

In Bütler’s words, the documentary “dusts off the traditional image of Anker”, framing the painter as an artist with a unique affinity for the roles women and children played in his time, while a re-examination of his Robust Realism offers an unlikely kinship with the more radical Impressionists.

Female lust in a repressive past

But the ZFF also presents a kind of refutation of this relatively positive view of Anker’s art – namely that of Carmen Jaquier. Lightning (Thunder)which should be released in Swiss cinemas in early 2023.

Like Bütler, Jaquier also displays a strong sense of history as a collection of stories: set in a mountain village around 1900, Lightning opens with a series of photographic and artistic impressions of Swiss rural life at the turn of the century, before moving on to a shot of a woman striking a painterly pose and revealing that she was, in fact, chained to a table.

From the start, it’s clear that this is a film interested in uncovering and de-romanticizing the multi-layered misogyny embedded in the kind of traditional way of life that Anker and his contemporaries helped to enshrine in the framework of Swiss national identity in the late 1800s.

Village life is where Anker and his peers saw Christian piety, humility, and chastity. Jaquier, for her part, insists on the oppressive nature of this supposed idyll – and adds her own touch to it: LightningThe story of 17-year-old Elisabeth, who returns from a convent following the mysterious death of her sister, harkens back to feminine lust and sexual freedom in the supposedly buttoned-up past.

Taken together, these films offer a dynamic reworking of Swiss history that not only focuses on subversive visions of Switzerland’s past, but also addresses the very process by which so-called historical certainties and national narratives come into being.

The revival of 35mm film is one thing, but what I really want are new film cameras

The vinyl revival isn’t so much a revival as a triumphant return, so what’s going …