Way, yeah, knock man down
Although most of us have never worked on a merchant sailing ship, we all know the classic song style that often accompanied backbreaking work: The sea shanty. Anyandeveramen local choir ensemble. will present a performance like no other with an evening of Drinking Songs and Sea Shanties on Sunday, May 15 at the new Earnest Brew Works downtown. Not only will $20 get access to the event, but it will also net attendees a beer, which is perfect for singing along to old tunes. $20. 6 p.m. 25 S. St. Clair Street 419-318-8344. www.quelchoeur.org

Saluting Sousa
A musical legend from another era will be celebrated on Memorial Day weekend, as the work of John Philip Sousa is performed by the Toledo Symphony. Stars and Stripes Forever: A Tribute to John Philip Sousa, at the Toledo Museum of Art Peristyle will include many of the patriotic composer’s classic favorites. Sousa’s work has become synonymous with patriotism, featuring classics like ‘Semper Fidelis’, ‘The Liberty Bell’ and of course ‘Stars and Stripes Forever’. $25-56. 8 p.m. Friday May 27. 2445 Monroe St. 419-255-8000. www.toledosymphony.com 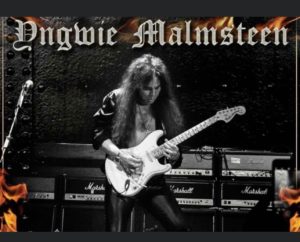 Malmsteen continues Odyssey in Stranahan
One of the biggest names in neoclassical metal, Swedish music legend Yngwie Malmsteen is widely regarded as one of the greatest electric guitarists of all time. On Wednesday May 11, the rock icon returns to Toledo with a one-night show at the Stranahan Theater. Performing since 1978, Malmsteen made his mark on the American music scene in the 1980s and released his final album, Parabellum, as of May 2021. $33.50 – $83.50. 8 p.m. 4645 Heatherdowns Blvd. 419-381-8851. stranahantheater.com