Columnist Brian McDaid goes back to using the old school cameras he used years ago.

‘Can you charge them?’

“They are not refillable.”

‘No, you can recharge the batteries and film on my account!’

I thought it would be easier, something I did years ago without thinking twice, and now I’m freaking out a bit as I prepare to shoot my first roll of 35mm film in years . Last weekend a friend left me in a camera. I thought it wasn’t too old.

Then I realize that 20 years have passed since it was common in photography. So it’s a different kind of trip to less traveled shot photography. There’s a feeling of deja vu removing the lens caps from those old, barely used Nikon cameras, because that’s the Nikon I used for most of my film photography days. 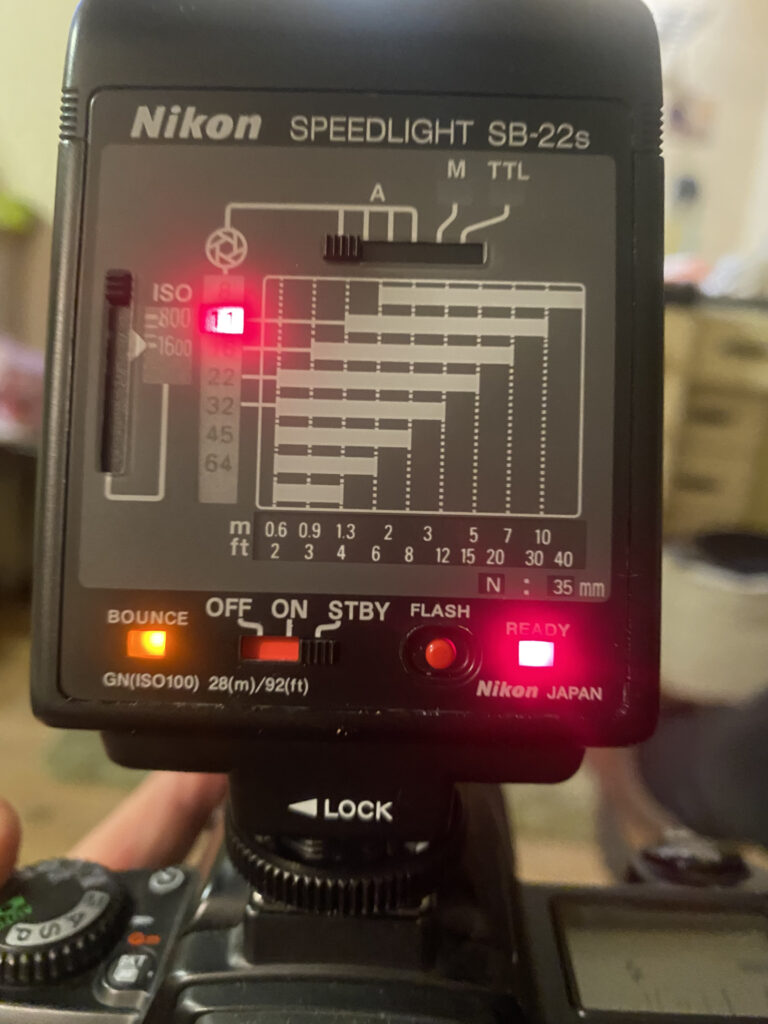 An old flash firing for the first time in twenty years showing all the settings for different film speeds Photo Brian McDaid.

First on a Zenith camera, then on an Olympus OM10 on which I shoot mainly in color, before buying my first Nikon called Nikkormat to work only in black and white for about ten years, then on a complete Nikon FM2 with MD12 engine drive and on a F4E.

Then the Donegal Democrat, who I work for was sold to the Derry Journal and they switched us all to Canon cameras and lenses and eventually digital.

So this little trip down memory lane as I prepare to shoot on film and in a Nikon has a familiar feel as I set about removing batteries that had been in the camera for over 20 years. The flash, an SB22 flash, had four Panasonic double A batteries, one of which had leaked a bit over the years.

This meant that the contacts had to be sanded lightly past the corroded metal to make better contact before the lights came on on the back of the flash. It looked more like the dashboard of the “Back to the Future” DeLorean.

Scales and slide switches to manage the film speed, called ISO, the power of the flash output based on settings ranging from manual to automatic “through the lens” (TTL).

The camera itself, an F65d with the d not meaning digital but representing a data back. A few old Sanyo CR2 batteries are replaced with new Duracell batteries before the panels light up on top of the camera and the old noisy autofocus lens reacts to the shutter button as they search for something to focus on. 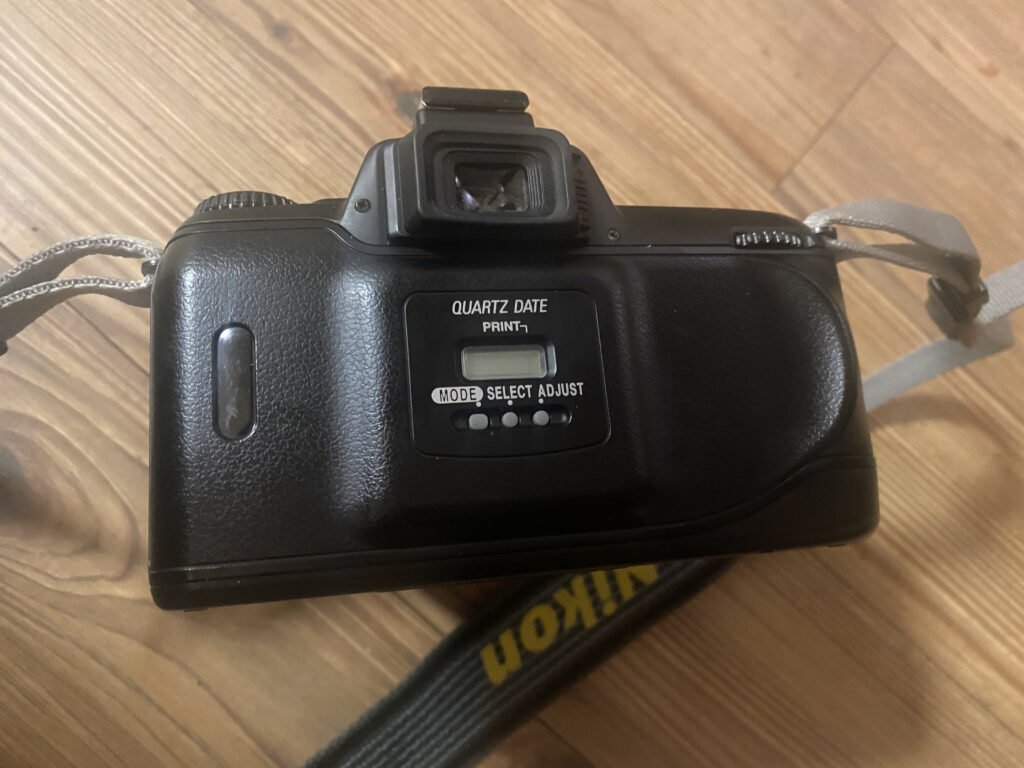 Back when D in a camera didn’t mean digital but data recording the date on the negative. Photo Brian McDaid.

I’m instantly aware of what used to be called “chimping” because I’m doing it here and there without looking at the back of this camera!

When photography first started using digital cameras, this was the term used to describe the movement of a photographer’s head from looking through the viewer while taking a photo to quickly staring at the LCD screen inside. back of the camera to check what photo you just took. had taken resembled.

An old quartz date printer outside the film door that used to be annoying to some including me that put the date on the bottom of a negative that would appear on the bottom of the printed photo giving you the date that the photo has been taken, that is to say on condition that this clock is set correctly! 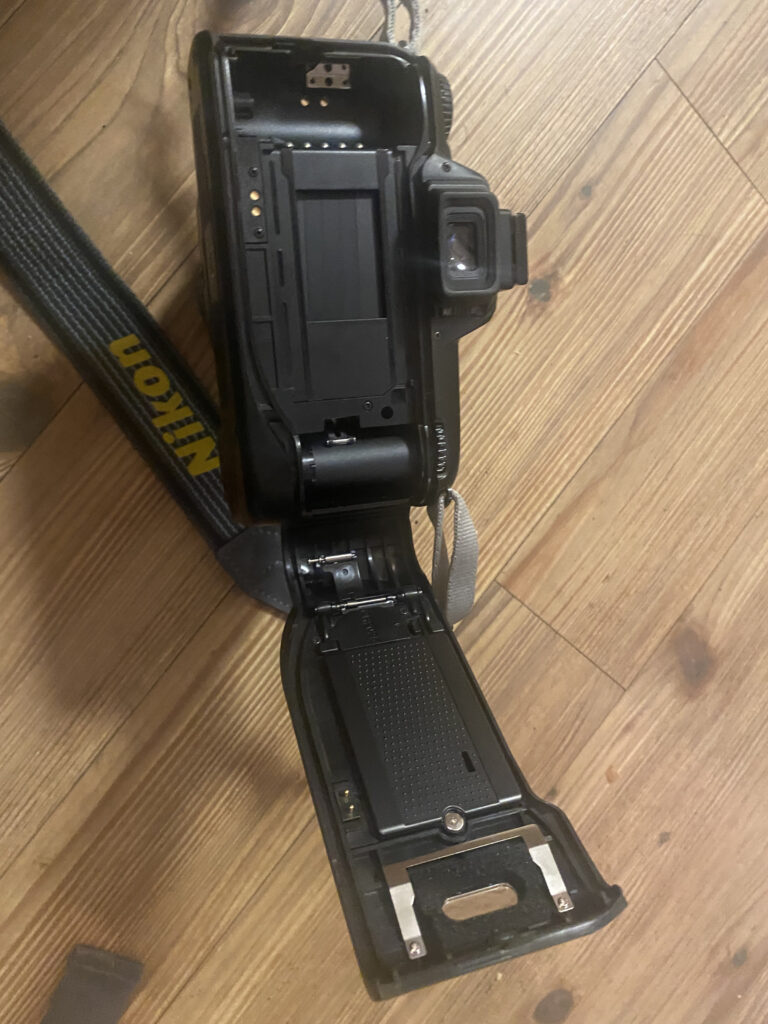 Looking back as the camera prepares to take a trip from filming past film. Photo Brian McDaid.

I’ve opened the back of this film SLR several times, but I’m still not ready to put film in it. I bought two Fuji 36 exposures 200 ISO/ASA color films but I will be ready but also wait for the right light to suit this film.

Digital photography has moved away from all the shutter speed and aperture setup that was needed for older film cameras for the most part, it’s all sorted, especially if taken in a cell phone.

These days, more time is spent reviewing the photo than taking it, and even more time uploading the image and monitoring the reaction.

Preparing the film is more important because once you press the shutter, you will have to wait for the roll of film to be developed and the images to be printed on photographic paper before you can look at the photo you have taken. Perhaps searching for the most instant photo online can make us miss the experience of everything around us.

I hope this film shoot will reclaim some of the joy lost trying to meet impossible deadlines, being the first to be lost in line staring out your phone window missing the company of friends who are sitting next to you.

The camera looks and feels so good compared to the mass that digital cameras are.

A flashing Err.. message on the top screen of this camera means that the film is more than likely not properly loaded than anything electrical.

The sound and feel of the curtain opening inside the camera and the film motor searching for the leader on a roll of film has a nice sound of the past.

The smell of fresh film is the magic of these two rolls as I open the two containers these films are packed in. It says “best before February 2024”, it’s in two years, but I’m already so excited to photograph this way. That’s where this story ends this week, all in preparation rather than just scrolling and shooting. 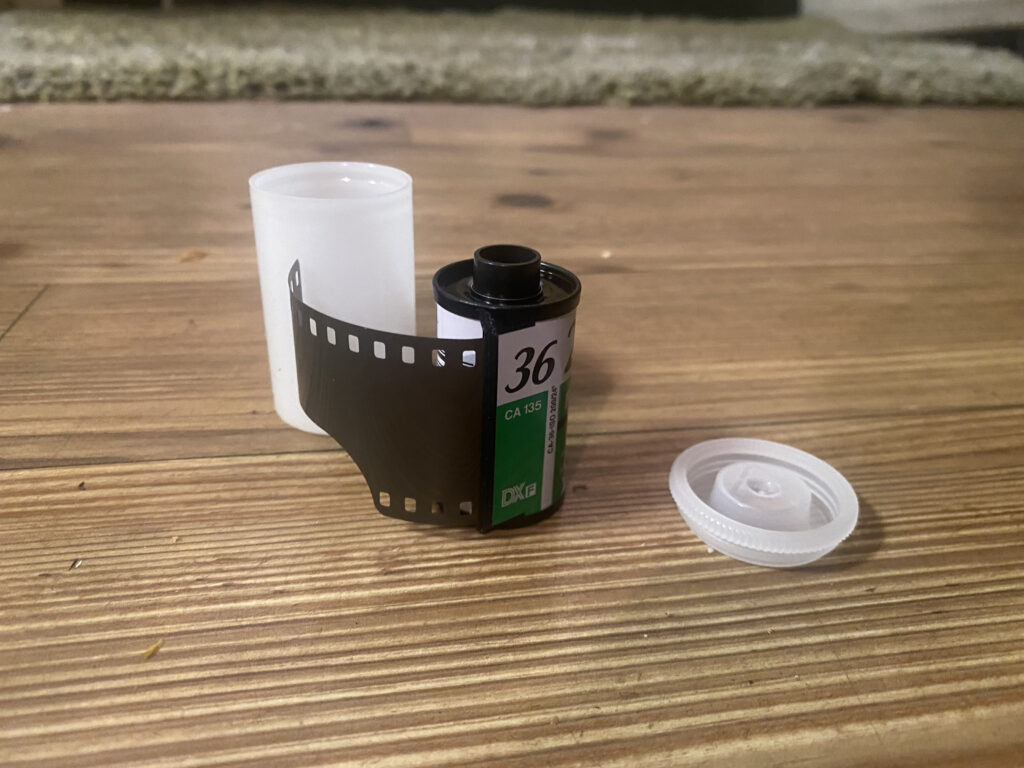 I may have spent days in a darkroom developing old black and white Kodak Tri-x, T`-max and Fuji negatives at 44 Port Road where the Democrat newspaper once worked in the 80s and 90s to prepare photos for the Galway Express at Ballyshannon of a lorry driver crossing the Gap.

But it was an era that has pretty much vanished like a good photo, which I still think finds you rather than you finding it. This old film camera found me, the red rewind buttons on the top plate will soon take a roll of 36 on a little trip, where life will be a little slowed down and enjoyed as the curtain on the shutter and film replace the new age film sensor for some old-fashioned photos. 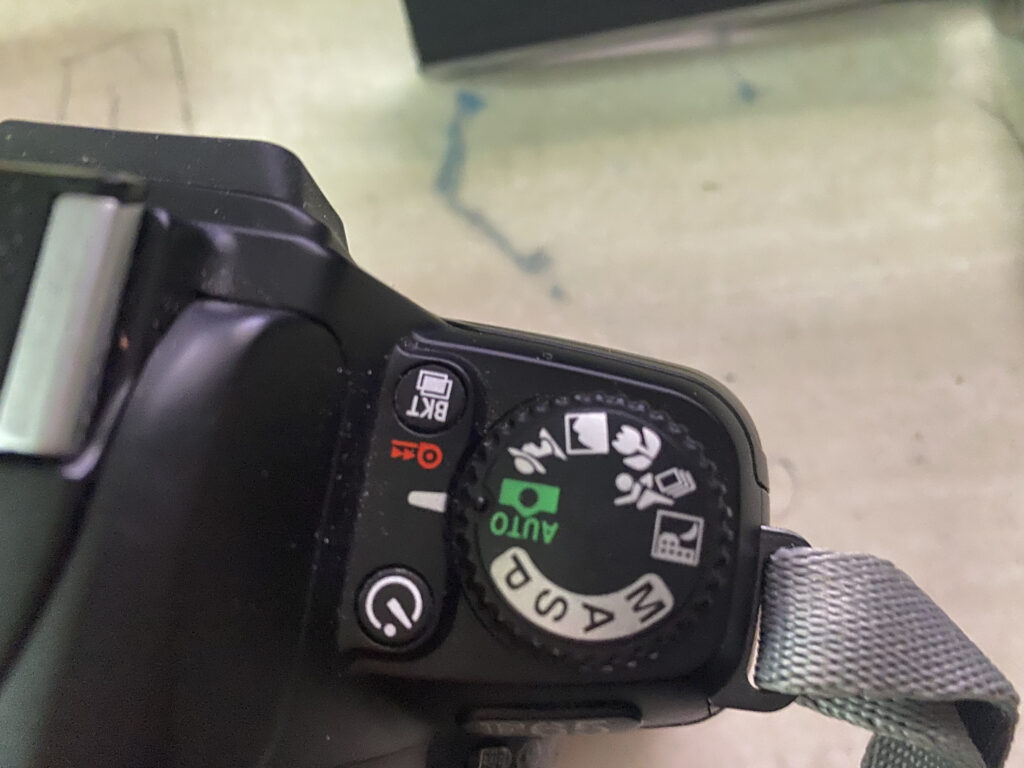 The old red rewind button is a giveaway that the camera belongs to this age of film and not digital. Photo Brian McDaid.